Virtual reality is a new universe in which Playstation could not be left behind.

This new world immerses the player into a new world. He begins to take an active part in the game. Surrounded by 360º of the game. These glasses are only available for ps4, as they are not valid for old consoles like playstation 3 or laptops like psp or vita.

The way to introduce us to these games is through glasses or lenses that introduce the user fully into the virtual world. These glasses are shaped like a helmet, so it is easy to hear about the virtual reality helmet.

The glasses are connected to a series of sensors that position the user and detect his movements.

In addition to the glasses, players have a number of accessories that allow them to get more involved in the game.

Logically not all games are prepared to be used together with the glasses, although there are many accessories such as controls that can be used in the games.

Discover the best virtual reality kits and accessories for Playstation 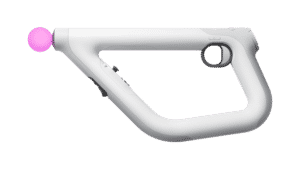 PlayStation VR Aim Controller, feel the VR in your hands

MegaPack VR PlayStation 4 at the best price in 2020【Sony】