If you want to have fun with your console, you'll need a good controller for your Xbox One or 360. It's a lot of gameplay and you need to feel like you're playing your controller no matter what your favorite type of game.

Xbox controllers can be both wired and wireless. The connectivity of the bluetooth controllers allows the controllers to be used on a PC, tablet android or ipad. Wired remotes allow Windows computers to recognize it by turning it into a USB controller.

There are different types of controllers depending on the tastes of the player or the game we are playing at the moment.

If you are one of the classic players who likes retro, you have the classic Gamepad that emulates the old NES controllers.

Then you have the ergonomic controls that come with the standard console. From this type of controllers, in addition to the ones that Microsoft brings out as standard, in different colors such as black, white, red, blue or purple, they have brought out some as strange as gold and silver chrome, which look more like a decorative item than a controller, as well as the s series or the elite. There are also special versions such as the Minecraft controller, which is also available in two colours, the classic green and the limited edition Pig, which is pink. It is the version of the controller that we can find more variants of other manufacturers cheaper in Amazon, El Corte Inglés or Game in addition to understand second hand as Cash Converter, milanuncios or wallapop. This last option, we have to check it well, because we don't know the state or the failures that the controller can have and we should take into account the price before deciding on a second hand one because we can find new ones very cheap.

Finally, there are the arcade controls. It is the control that makes us remember the typical arcade machines. There is no original version of this type of controller from Microsoft itself, but it would be possible to add it to the xbox controller catalogue at some point.

Of course, there are the custom xbox controllers, which are controllers that players have customized with their favorite colors, or made mods to suit them. 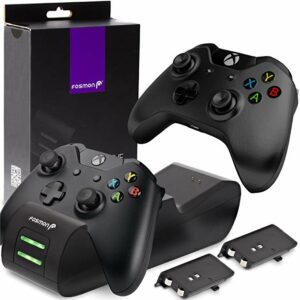 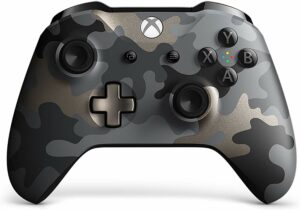